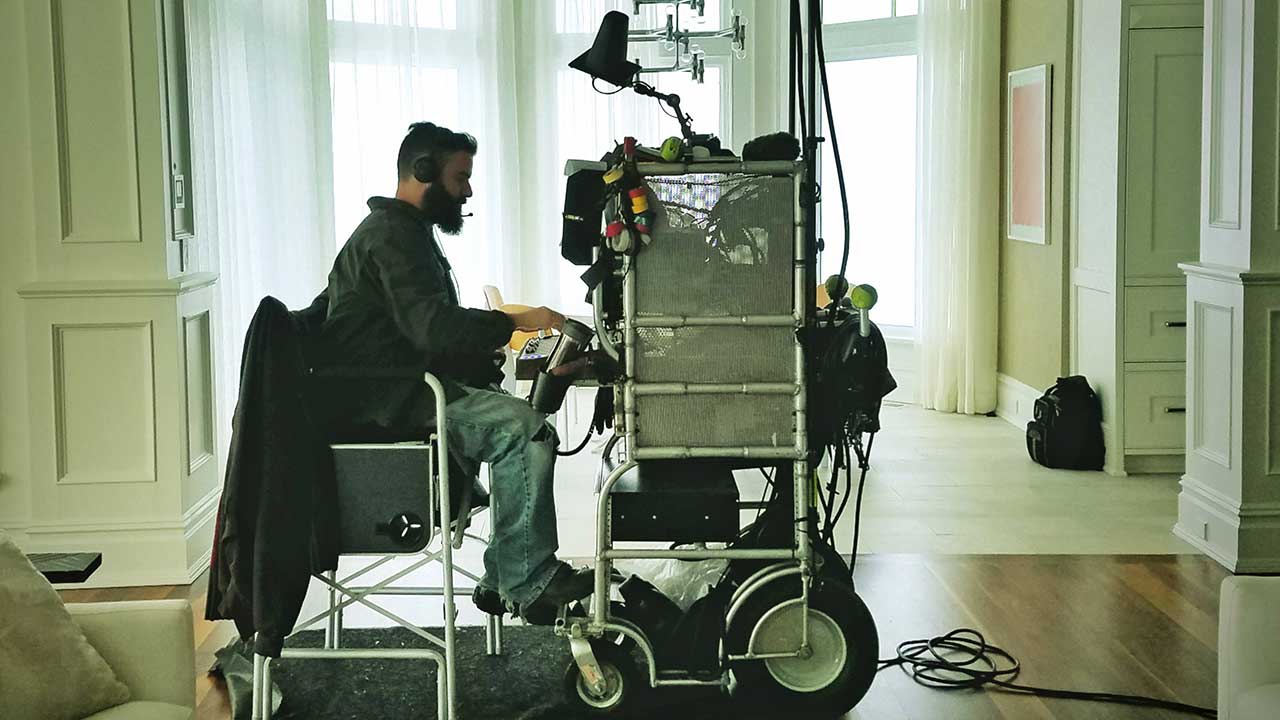 Pictured with his location rig and Sanken mics on the set of “Billions” is production sound mixer Dave Schwartz. Photo by Aiken Weiss.

“At the end of the day it is not about how fancy or expensive the mic or mixer or recorder is, it is about how it is used and how it can make us better at our jobs” Dave Schwartz, Sound designer and location audio engineer

Schwartz purchased his first Sanken microphone more than a decade ago and now owns ten COS-11D lavaliers and three of the company’s triple-capsule CS-3e shotgun mics. The first Sanken mic he encountered was the industry-wide popular COS-11D.

“First of all, I like the universality of Sanken’s lavalier mic because it sounds great on everyone,” he explains. “I know that when I’m wiring up different actors with varying tonal qualities that the COS-11 will make all of them sound good, and by that, I mean ‘natural’.” 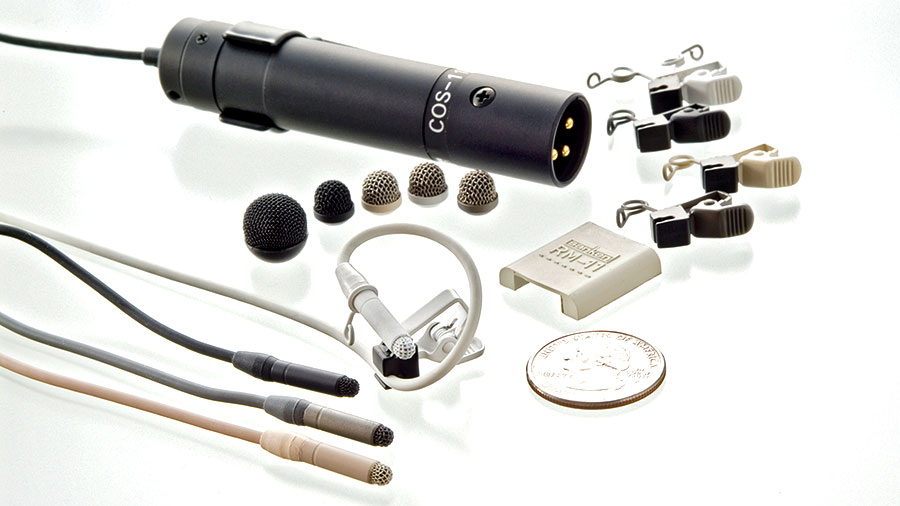 In addition to its sonic qualities, one of the virtues of Sanken’s lavalier mic is the vertical diaphragm in an ultra-miniature body. “This mic works for me as much in a tie as it does further away from the source in a shirt placket or in a dress,” he says. “Before the COS-11, I dreaded wiring up ties as they were a puzzle I just could not solve. But once I got my hands on a COS-11, the tie became one of the easier items of clothing to mic up. Another characteristic is the quality of the build. I rarely have a COS-11 fail on me at the connector or at the mic head. We all dread ‘dead at the head’ and I rarely get that with a COS-11.”

Schwartz purchased his first Sanken shotgun microphone in 2007 for his work on the feature film, “The Maiden Heist”. The CS-3e was Sanken’s original flagship shotgun mic, featuring three directional capsules arranged in a front-back array, resulting in targeted supercardioid directivity.

“Every mixer has their preferred mic for a myriad of reasons,” Schwartz explains. “At the end of the day it is not about how fancy or expensive the mic or mixer or recorder is, it is about how it is used and how it can make us better at our jobs. The CS-3e gives me a degree of comfort when I’m presented with simultaneous shots with varying headroom. No mic is a miracle cure, but the CS3e really ‘pulls’ the voice out and can help match a close-up to a simultaneous wider shot. For me, the CS-3e has great reach. I appreciate its use of three capsules to help reject off-axis in order to really pull in what is on-axis.”

It is significant that the CS-3e picks up the targeted frontal sound sources with exceptional clarity over a wide frequency range – even in noisy ambient environments or in long reverberation spaces – by rejecting undesired noise and sounds coming from the rear and sides.

Schwartz recounts his initial experience with the Sanken shotgun, “One of our main ‘stages’ for ‘The Maiden Heist’ was in an old warehouse-size department store. As per usual with warehouse-to-stage conversions no acoustical treatments were applied, so all the sets built within were quite ‘roomy’. I wanted a mic that would help isolate an actor’s voice while picking up as little reverb of the room as possible, especially for the scenes that took place on the fake rooftop! Compared to the other mics I was using at the time I felt that the CS-3e really helped clean up the sound of that harsh acoustical environment.”