The remarkable performance of the CSS-5 is based on an array of five new directional condenser elements, with new PPS (Poly-Phenylene-Sulfide) diaphragms to pro­vide optimum humidity/temperature stability. Developed in conjunction with NHK, the CSS-5 is equally responsive in the horizontal and vertical planes with high sensitivity, wide frequency response and excellent dynamic range.

For episodic television, film/video documentaries. and major broadcast events. it has become desirable to record targeted sounds precisely, with the added option of cap­turing realistic stereophonic perspectives. In many cases, multiple microphone configurations impair field mobility and sonic consistency. Stereophonic localization depends pri­marily on signal accuracy and channel separation in the 400Hz to 3kHz range. Pattern control of the CSS-5 has been optimized in this range. Very low and very high fre­quency response has been optimized along the frontal axis so that the “target” on-axis sounds are clearly delineated. The result in playback accentuates the frontal image, with side signals positioned slightly behind.

In the MONO mode, sharp directivity is maintained over a wide frequency range for the aimed frontal sound sources, using the combination of a second gradient microphone and a line microphone. It is significant that the CSS-5 picks up the chosen sound source very clearly even in a noisy ambient situation or in a long reverberation space.

In the NORMAL mode, the CSS-5 clearly picks up the targeted sound as well as extremely accurate stereo localization. STEREO angle is approx. 115°

The WIDE mode is designed for stereo recording of sound effects and environmental information where dialogue will be dubbed in at a later date. This mode allows a wider 140 degree stereo width.

In stereo recordings, the frequency response of the MONO summed output often exhibits interference, or “comb filtering.” This phenomenon is caused by phase differences between the Left and Right signals. This does not occur in single point recording, either X-Y or M-S, but does happen with spaced – AB – microphone stereo recording because of the time intervals between the two capsules. In the CSS-5, the three-capsule line array is for frontal pickup, with its elements arranged vertically along the same axis, so Mono / Stereo compatibility is superb. 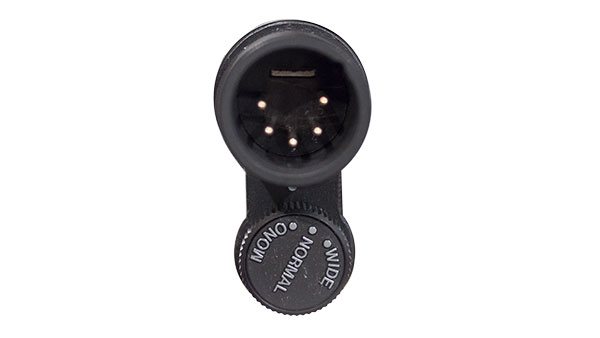 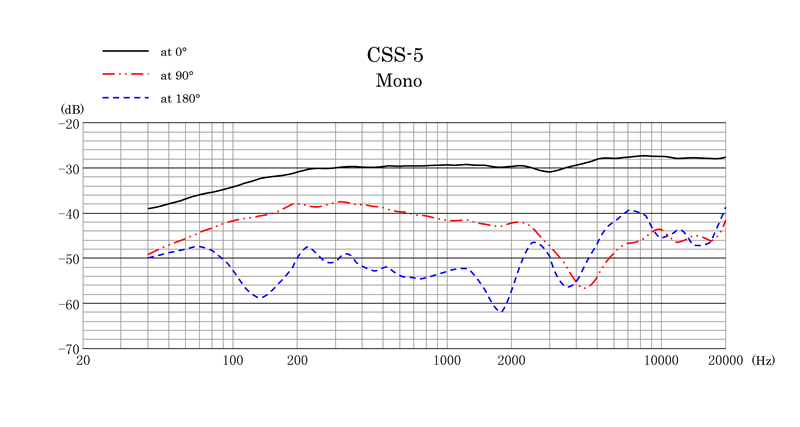 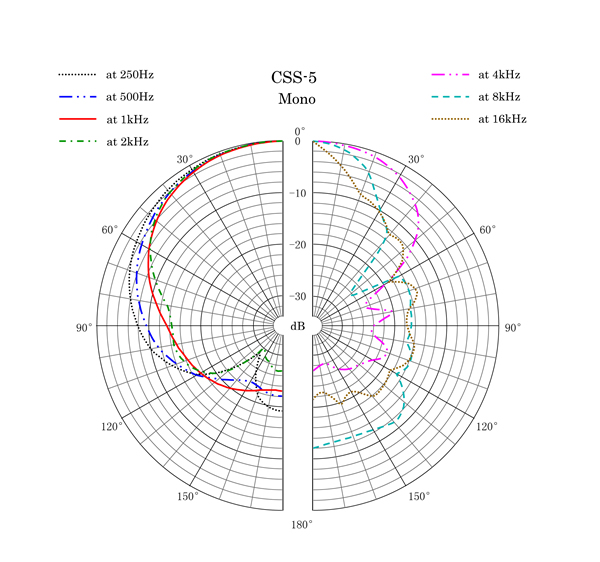 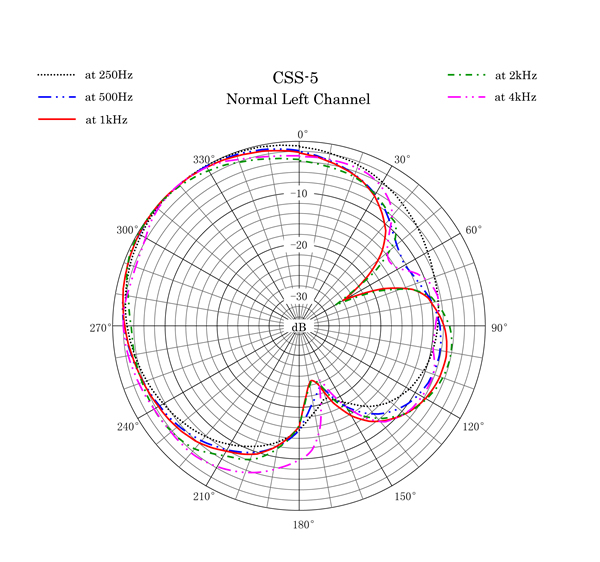 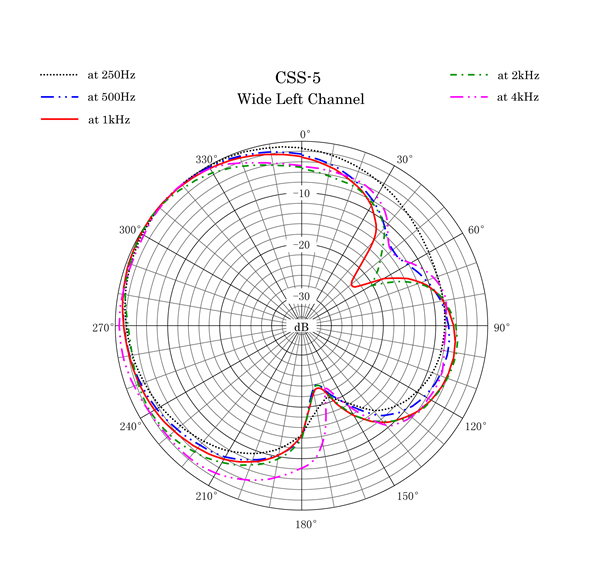 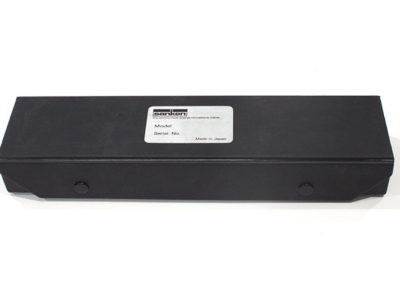 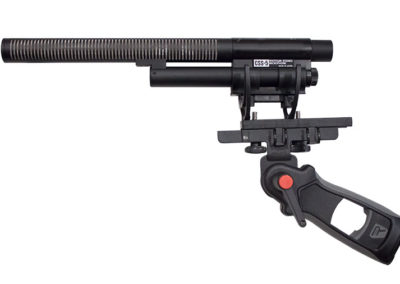 Suspension with handgrip for CSS-5 (mic not included) 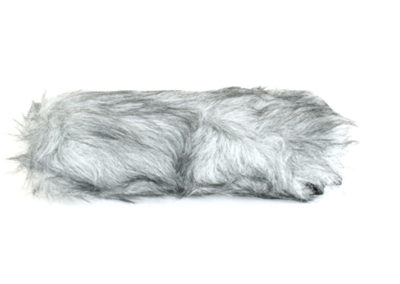 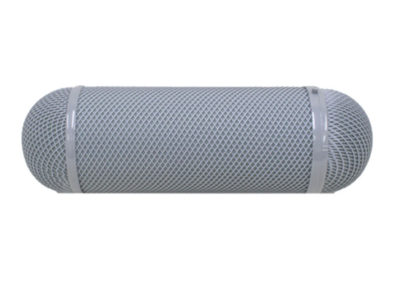 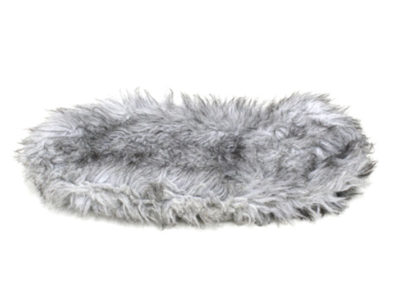 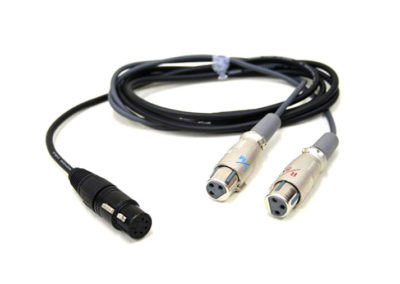 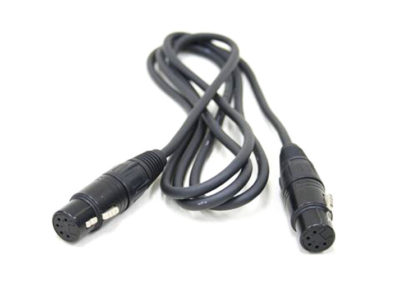