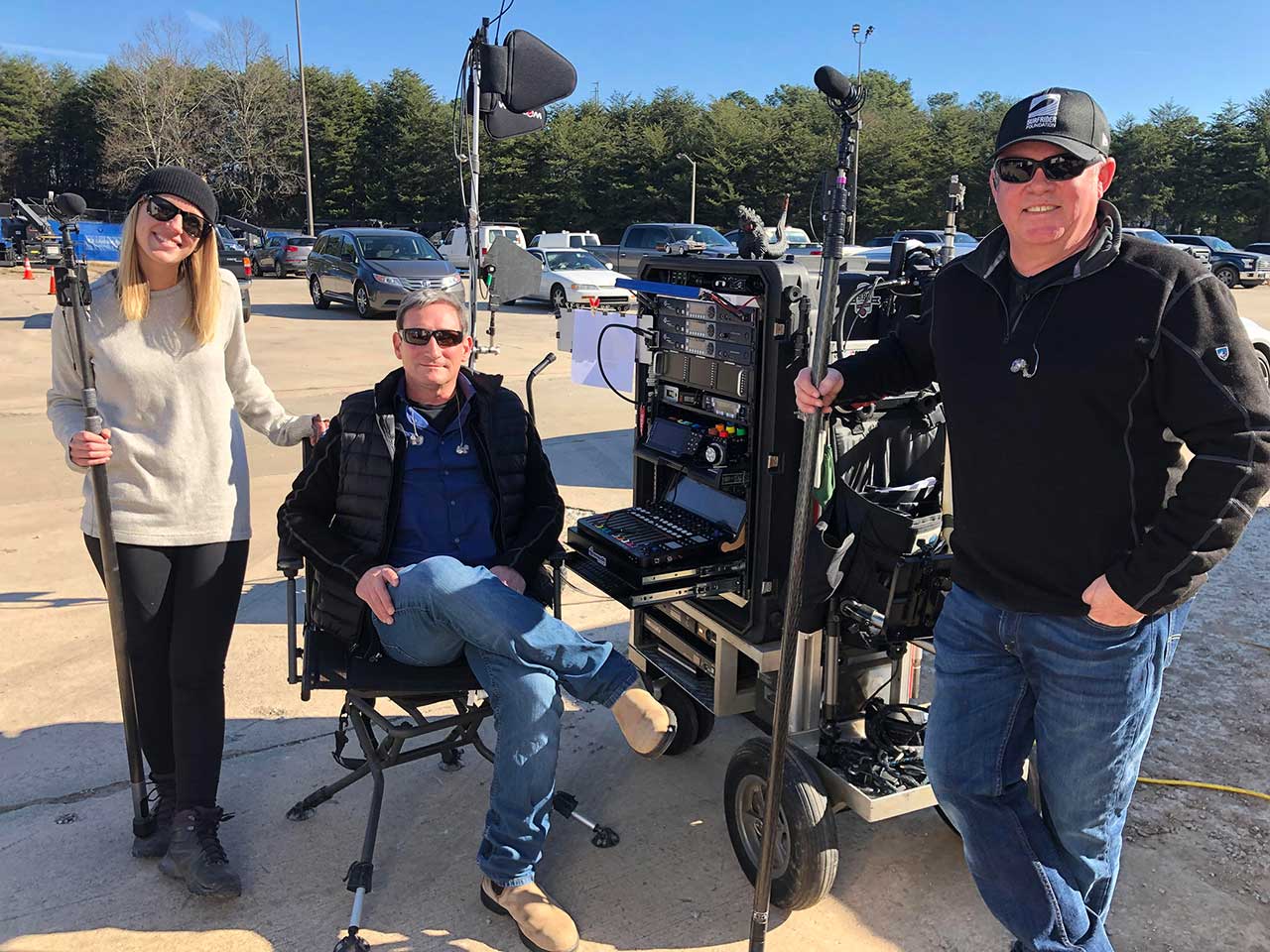 “We are able to get dialogue on wide shots without going to wired mics. And because the CS-M1 has more reach, we can do wider shots, especially on interior sets.”

Atlanta, GA, February 2019 – Atlanta-based production sound mixer Whit Norris, CAS, has an impressive list of feature film credits. “I’m known for working on movies that have numbers after them,” he says jokingly. “’ Anchorman 2’, ‘Hangover 3’, ‘Fast 7’, and so on. And now we are just getting started on ‘Bad Boys 3’, officially titled ‘Bad Boys for Life’, starring Will Smith and Martin Lawrence.”

Whit recently purchased three Sanken CS-M1 short shotgun microphones for his location work, from Atlanta dealer Trew Audio. “With Sanken’s new CS-M1,” he explains. “We are able to get dialogue on wide shots without going to wired mics. And because the CS-M1 has more reach, we can do wider shots, especially on interior sets.” 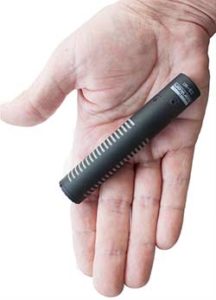 The CS-M1 is the latest addition to the Sanken Production microphone range and sets new standards of sound quality for a short shotgun mic. From professional boom pole drama and film location recording to DSLR camera mounted applications, the CS-M1 delivers quality audio with sharp directivity.

Whit explains why he has multiple Sanken CS-M1 shotguns: “My Sankens are pretty much exclusively mounted on boom poles, and if we have to use two booms, you want two matching microphones. The mic is very versatile and it’s so small, it’s even easy to hide if you want to use it as a plant mic.”

Whit continues, “Doug Cameron, who is the boom operator, loves this new Sanken. It’s got great pickup, and any time you have a smaller microphone, you can get it in under lower clearance, under lower ceilings, while staying out of the shot. And, the other thing I’m most impressed with about the mic is what I refer to as the pole or the reach. Its pattern is just incredible.”

At only 4” in length and weighing less than 2 oz., the unobtrusive CS-M1 can be used in tight mic situations to faithfully capture the story. Like all Sanken shotguns it is rugged and dependable in a wide range of applications where sound clarity and noise rejection are critical requirements.

Whit is generous with praise for his production team, which includes boom operator Doug Cameron and utility sound tech Alana Knutson. “I have to give them all a lot of credit. Doug runs the set — he’s the guy out there in the middle of things. And Alana takes care of the actors and the wiring and backup boom, and also all the paperwork that’s handled through the sound department as far as ordering supplies, time cards and that type of thing. They are the ones that make me successful.”

Whit first heard about the new CS-M1 from Jim Pace at Sanken US distributor plus24. “I’ve known Jim for a few years,” he says. “We have an event called the Atlanta Mixer Mixer. It started when we invited a vendor who had a new product to come down and show it to the local sound community. As time went on, we invited other vendors to come and show us new products. We also have official vendor presentations at our union home in Atlanta, where we have tables for them to display new products. That’s how I met Jim and learned about the new CS-M1.”

The CS-M1 is especially suited to shoots where tight patterns and premium sound are the goal. It can be camera mounted without interfering with even a short lens, yet still provide the quality of audio demanded by today’s professionals, all at an affordable price.

There are other examples of the Atlanta sound community camaraderie. “It’s a bit different than New York or LA, in that we’re a small, close-knit family. We all hang out with each other and share ideas and gear with each other. When one of our movies comes out in the theaters, we’ll invite ten or fifteen mixers and their wives to join us and watch the movie together.” 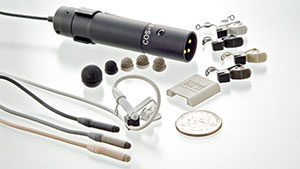 Whit also has a number of Sanken COS-11D lavalier microphones in his toolbox. “I have about 20 in my kit and some are red dotted for higher SPLs,” he explains. “Sanken lavaliers have been our go to live mics for an incredibly long time. One of the reasons is that they sound so great, but they are also valuable for their durability and compact size. We’re attaching these lavs under clothing and to various parts of wardrobes — they’ve got to hold up and be durable. Some of my COS-11s look kinda beat up, but they sound great and still work fine.”

Whit is well known for his inventiveness in finding ways to conceal his Sanken lavaliers. “One of our tricks is to use Dr. Scholl’s bunion cushions,” he says. “We take the bunion cushion, non-medicated of course, and we cut it in half and use that to attach to the mic. We also use Joe’s Sticky Stuff, or bits of Moleskin, and some of the Rycote stickies. I have a whole drawer in one of our carts that has nothing but different products to attach mics to actors and to wardrobe.”

Whit is also well known for his ingenuity when adapting to challenging acoustic situations, such as sets with hard sonic reflections. One of his solutions calls on “echo killers” from Soundproof Cow. He explains, “It’s a funny name, but they make all kinds of different baffling and acoustic materials. And they have products we call ‘echo killers’ that come in four by four sheets. They have grommet rings so you can hang them. It just one of the products I use on various sets to reduce the reflection when you’re in a very hard space or a hard room.” 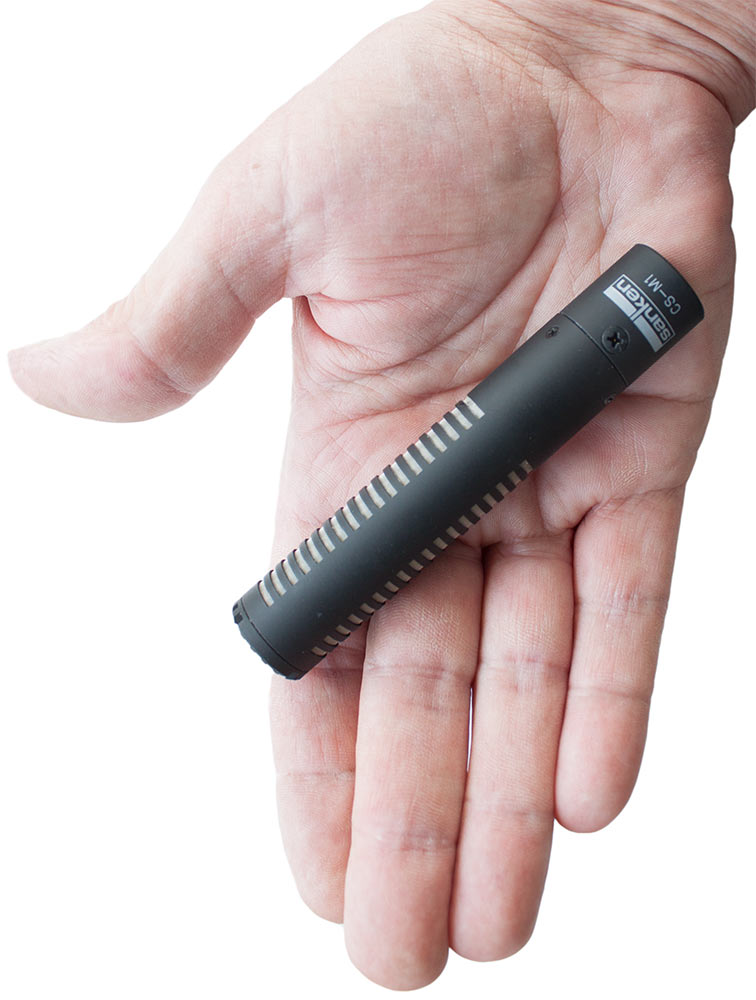